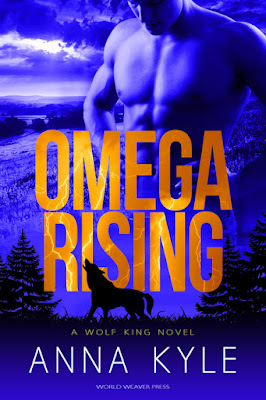 Omega Rising
By
Anna Kyle
Book One of the Wolf King series  *  285 pages / 85,000 words  *  Paranormal romance
Author Bio:
Anna Kyle wrote her first story at age 12 on an old manual typewriter, and though the technology has changed, she hasn’t stopped since. She lives in the Midwest surrounded by family and friends and dogs and horses. They’ve forgiven her (mostly) when they appear in her stories. She reads everything she can get her hands on, but romances, especially paranormals, are her favorite. Vampires, humans, Fae, shapeshifters, or demons, it doesn’t matter—Anna’s heart goes pitter-pat for the Happily Ever After. Hot heroes + strong, funny heroines = awesome.
Social Media Links
http://www.twitter.com/sandsoftime5050
http://www.annakyle.com
Blurb:
Cass Nolan has been forced to avoid the burn of human touch for her whole life, drawing comfort instead from her dreams of a silver wolf—her protector, her friend. When her stalking nightmares return, her imaginary dead sister’s ghost tells her to run, Cass knows she should listen, but the sinfully hot stranger she just hired to work on her ranch has her mind buzzing with possibilities. Not only does her skin accept Nathan’s touch, it demands it. Cass must make a decision—run again and hope she saves the people who have become her family, or stand and fight. Question is, will it be with Nathan or against him?

Nathan Rivers’ life is consumed by his quest to find the Omega wolf responsible for killing his brother, but when the trail leads him to Cass and her merry band of shapeshifters, his wolf wants only to claim her for himself. When evidence begins piling up that Cass is the Omega he’s been seeking, things become complicated—especially since someone else wants her dead. Saving her life might mean sacrificing his own, but it may be worth it to save the woman he can’t keep from reaching for.
Buy Now
Publisher: http://www.worldweaverpress.com/store/p102/Omega_Rising.html
Barnes and Noble: http://www.barnesandnoble.com/w/books/1123639558?ean=2940153211206
Amazon: http://amzn.to/1snxquH
Kobo: https://store.kobobooks.com/en-us/ebook/omega-rising-2
All Romance eBooks: https://www.allromanceebooks.com/product-omegarising-2014457-153.html

Excerpt:
He gestured toward the desk again, his eyebrows lifting at her obvious reluctance. Well it could only take a few seconds or so to place a bandage and he smelled so damn good. She settled herself on the desk and held out her hand. He was so close she imagined she could feel the heat of his body warming her skin. His thumb smoothed the edges of the criss-cross bandage while his other hand held hers loosely. Cass tensed, ready to yank her hand away. Nathan looked at her, questioning, she guessed, how she got the scrape.

“Misjudged the wall.” Her voice was unsteady as she tried to ignore the shooting tingly little sparks fanning out from his touch. His large tanned hand enveloped hers loosely, turning it over to trace her palm. Cass’s apprehension grew and she braced for the inevitable burn, her brain automatically rifling through the best maneuvers to pull herself free. The clunky phone on her desk could be a weapon and the letter opener was lying within easy distance. A bonk on the head or stab in the throat, if her gut had massively misjudged his character, would gain her freedom.

His hold didn’t tighten. Five seconds, ten, still nothing. Fifteen, twenty. She wanted him to let go yet clung to the warmth and texture of his skin. Her breath came faster but it wasn’t nerves alone. His finger traced a small cut on the pad of her ring finger and he looked up again.

“Pa-paper cut.” He grabbed an antiseptic square, tore it open with his teeth to keep his hold on her hand. Soon that cut was cleaned and covered. Her insides shivered as his hand glided over her forearm, pushing up the sleeve of her hoodie. Her skin soaked in the roughness of his palm and reached for the heat in his touch. Ninety seconds. She stared at his large, tanned hand stroking her pale forearm, the pure pleasure of it making her light-headed.

“You’re trembling,” he murmured as he continued his exploration, finding a larger angry red line with bruising around it. He traced it gently.

Nathan chuckled, the sound raspy as if he hadn’t found much amusing for a long time. Cass stared, transfixed. He was already the best looking man she’d ever seen, but with the smile softening his features for a moment he was devastating, the crinkles at the corner of his eyes positively kissable. Her heart flipped in her chest.

He pressed his lips against her palm, taking a deep, ragged breath. His nose and lips were hot and she waited, quivering in anticipation.

Is there a message in your novel that you want readers to grasp?
Both Cass and Nathan have distanced themselves from others all their lives. She always runs to protect those around her by taking the darkness with her and he harbors a secret that must never be revealed. Both must choose to confront their worst fears if they hope to win a better life (of course they do and they get their HEA because it's a romance after all).
Was there an Author who inspired you to write?
Yikes. Too many to list. I think Nora Roberts has some of the smartest, sensible characters in romance. No manufactured angst. I love that. Shelly Laurentson is laugh out loud funny. You can’t beat Johanna Lindsay for historicals or Daphne Du Maurier for fantastic atmospheric writing so rich you can taste it. Again, so many more.
How did you come up with the characters in your books?
Nathan in Omega Rising was a different character than I’ve written before. He was fascinating to me; a loner, a bit darker of a hero, hard. By the end, though, I adored him. Cass had a brighter outlook on life which was the perfect balance for Nathan. Not she couldn’t be bad-tempered and lash out, because she did. They brought out the best in each other. Who could ask for more?
What are your current projects?
Right now I’m working on book 3 of the Wolf King series and a magical romance trilogy. I’m so lucky!!
Do you see writing as a career?
For most authors it’s tough to make a living solely writing novels. I have a day job that allows me some flexibility for extra writing time and that suits me. Ideally, though, yeah, I’d write full time J
Do you ever picture yourself and one of your heroines?  If so, which one?
All the time. All of them.
Do you have a favorite heroine/hero from one of your books? If so, who?
I’d have to say Cass from Omega Rising. She has a firm grasp on what she wants and some idea on how to get it, yet has some freak out moments. Huh, that’s very much like me. Interesting.
What kind of research do you do for your books?
I love research! It’s fun for me. I never knew the difference between knife and dagger (one edge versus two) or types of swords. I’ve researched guns and motorcycles and settings. For one book I Googled how to conceal the smell of decomp and multi-million dollar homes in Lincoln Park on the same day. I’m aware that I’m probably on a list. I’M A WRITER is what I’ll yell to the judge one day.
What is the hardest part of writing your book?
Starting it. I question every decision I make when I begin a book. Is this the right place to start? Maybe I should start it later in the scene. Is this character coming across too dickish and arrogant? Or too passive? Ugh. Once the characters are more firmly in mind I can get rolling.
If you could say anything to your readers what would it be?
If you like a book, leave a review. Authors crave reviews.
What is your favorite Genre and why?
Mmmm, paranormal romance. Wolf shapeshifters in particular.  They are the sexiest.
If you could change anything in your writing what would that be?
Write faster, of course.
What do you do when you finish your book and turn it in to the editor?
Pass out because it’s usually just under the deadline wire. That’s why I’d like to write faster J

BIO:
Anna Kyle is the author of the Wolf King series at World Weaver Press – Omega Rising and Skye Falling -  and of Coming Up Roses, a short story appearing in Rough Edges, a cowboy romance anthology at Pen & King Publishing. She wrote her first story at age 12 on an old manual typewriter, and though the technology has changed, she hasn’t stopped since. She lives in the Midwest surrounded by family and friends and dogs and horses. They’ve forgiven her (mostly) when they appear in her stories. She reads everything she can get her hands on, but romances, especially paranormals, are her favorite. Vampires, humans, Fae, shapeshifters, or demons, it doesn’t matter—Anna’s heart goes pitter-pat for the Happily Ever After. Hot heroes + strong, funny heroines = awesome.

Omega Rising is available in trade paperback and ebook via Amazon.com, Barnesandnoble.com, Books-a-Million, Kobo, World Weaver Press, iBookstore, IndieBound and OmniLit, and for wholesale through Ingram. 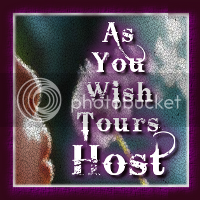