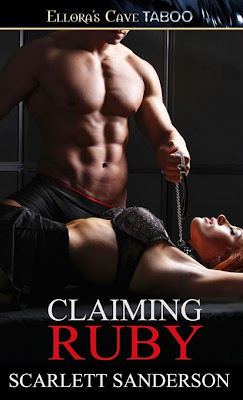 When not writing, Scarlett has a burning passion for history, good chocolate, fine wine and anything supernatural (especially if it includes the hunters Dean and Sam Winchester from the TV show Supernatural!).

“How long have you been a submissive, Ruby?”  The word “submissive” sounded obscene, as if he’d just whispered a filthy sentence  in her ear. It turned her to jelly.  “I’m not a submissive. Whatever gave you that impression, Mr…?” She threw his  earlier question back at him, trying to deter any more digging. It was none of his  business what or who she was. He didn’t need to know anything about her. After  tonight she wouldn’t see him again.  “Quinn. Joshua Quinn.”

The name suited him. Sexy and direct. A strong, masculine name for a manly man.  “I’m not a submissive. Not now, never have been.”    Well, he didn’t need to know the truth. He was a stranger, a stranger who could get  ideas and think because she admitted to her desire she was available.  “Please, call me Joshua.” He stroked his jaw. “And I think that’s a lie.”

“Stop.” He spoke the word with such authority. She obeyed and placed her hand on  the wall to steady herself. No one had given her a command in  so long, yet she  responded automatically to his tone.  He moved behind her. He didn’t touch her. His scent permeated her senses. His  heat raised goose bumps on her skin.  She should walk away, leave the stranger and his searching questions. She couldn’t.  It was if some invisible pull made her react to his words. Her blood sizzled. Despite the edge of fear, she’d never been so aroused.  “Don’t leave. I’ve scared you. It wasn’t my intention.”  He nuzzled her neck and  inhaled as if memorizing her scent.

“How about Hemingway?”  “Hemingway?” Joshua smirked.  “One of my favorite authors.” She shrugged and explained further. “And I want it  to be a bit more personal for me.”  She didn’t add the “for us” part.    “Hemingway it is. Are you allergic to latex?”

This book was given in exchange for an honest review.

If you are not into BDSM then this is not the book for you.  It is a exciting and demanding book.  In this story you have a very sexy, handsome and wealthy man who is very dominating when it comes to his women. His name is Joshua Quinn, he first meet Ruby at her friends erotic dance.  Ruby is a submissive who as been hurt badly and does not trust rich and powerful men especially if they are Doms but she is also drawn to him with just the way he looks at her. I would not mind having this man as well as his sexy, and hot friends dominate me.  The author shows in this story that not all men will harm their sub and will always take care of them no matter what.  But if you do wrong they will also punish you in ways you will love.  OH how hot and sexy this book is.  Will Ruby get past her fears and mistrust and allow Joshua to show her what a true dom and sub should be? Or will she run as she has for a while?  Will Joshua's past come back and destroy what he and Ruby are finally beginning to build? 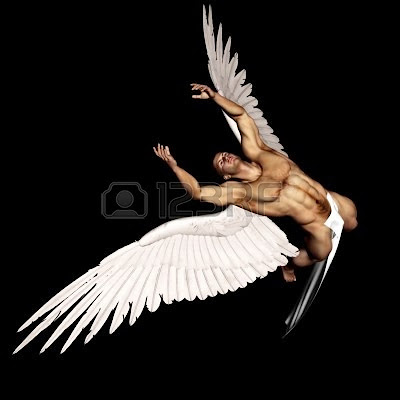