Love Is A Fire By Lyssa Layne Review~Spotlight 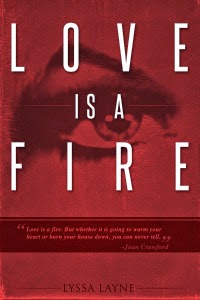 “Love is a fire. But whether it is going to warm your heart or burn your house down, you can never tell.” -Joan Crawford
Dr. Katy Malone has sworn off love after losing those she loves most in her life including her father, a member of the FDNY. She has decided to spend her time focusing on her medical research. Her ex-fiancée, and fellow doctor, isn’t ready to give up on loving her though.
Firefighter Nick Garrity is on a search for the future Mrs. Garrity. As he pushes thirty, with no prospects in sight, he’s afraid he’ll never find her. A devoted member of FDNY, he loves the thrill of his job and the satisfaction it brings him. He strives to teach the proby firefighter the ropes and pass on his passion to him.
When the proby tries to impress the guys on the crew, he ends up in the care of Dr. Katy Malone. One look at Dr. Malone and Nick knows he’s found his future wife, but can he convince her to love again? 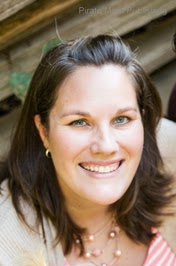 Lyssa Layne is first, and foremost, the proud momma to her precious daughter, AR. In addition to working full-time and being a mommy to AR, she is also the wife to Matthew, an avid St. Louis Cardinals fan, a runner, blogger, and an infertility survivor.

Having watched one too many medical dramas and being inspired by author Rachelle Ayala, who introduced her to the world of indie writing, Lyssa decided to try her hand at writing a romance story. Her attempt turned into the Burning Lovesick series. You can find Lyssa’s own interests throughout her stories although all stories are fictional.

“Katy quickly changed into scrubs shoving her jeans and sweater in the bottom of her locker. She finished lacing up her tennis shoes when Tiffany walked in and handed her a coffee. She took in the fragrant aroma of the caffeine, knowing she would need a lot of it to get through her shift. As she did, Tiffany glanced over Katy from top to bottom and grinned. “You got laid!”
“She had barely entered the hallway when Jesse punched his arm. “You scored with the doctor!”
“Nick let out a whoop and pushed her against the shower wall in the heat of the moment. He covered her mouth with his and she laughed into his kiss. She wrapped her arms around his neck as they made out. She thought she had needed sex but realized she only needed Nick. He broke their embrace and looked into her eyes. “Katherine Olivia Malone, I love you.”
“Why don’t you like me?”
Jesse rolled his eyes and finished his beer as he muttered, “Women…”
He started to walk away from her, but Katy grabbed “his wrist, taking him by surprise.
“You’re his best friend. Don’t be a coward, tell me what you’re thinking.”
Jesse stared at her hand gripping his wrist and then looked into her eyes. He stepped against her, trapping her against the bar, obviously trying to intimidate her. Katy straightened her shoulders, not moving her eyes off his. She wanted him to know she wasn’t about to back down.
“I’m a doctor, Jesse. He’s a firefighter. It’s obviously not about money or power.” Katy knew she sounded cocky as she said that, but she had no idea what else Jesse’s concern could be.
“He wants more than you can give him.”

This book was given in exchange for an honest review.
This is a story about a hot sexy firefighter named Nick who has decided it is time to find the right woman and settle down and he will not settle for anything less. He is determined to find her and just not anyone will do. One day he is at the hospital with one of the firefighters who was hurt and he knew with one look he had found her and she would be his wife soon the only problem was she didn’t know it yet.

Dr. Katy (KO) Malone was in her third year of residency and was determine that nothing would stop her. Katy has been through a lot in her life, first her mom when she was very young and then her dad a few years ago. She said she would never lose anyone else she loved so she called off her wedding and gave back her ring to her fiancée who was a fellow doctor. Now she walks into a hospital room and sees a man that makes her heart and stomach flutter. But she is determined to keep her distance. Except Nick have other ideas.

This is a story I don’t want to give anymore away. There is romance, love, jealousy, sorrow, many hot and sexy firefighters, and family you never would expect unless you’re a firefighter. It is an amazing story with a lot of twists and turns and a surprise that you would not have expected. Make sure when you read this story you have a box of tissues. Looking forward to the next in the series. 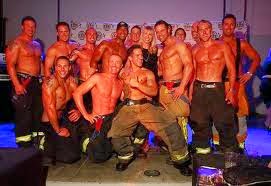