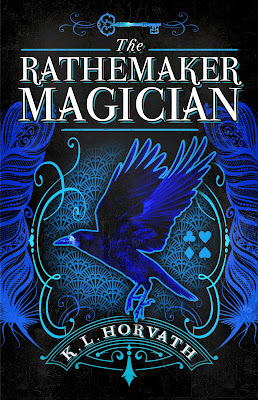 It started with an invitation.

A rather elegant invitation with a raised, golden, seal introducing Meredith May to the mysterious, enigmatic, magician Icarus Bell.

But when she walked through his front door, Meredith entered a world where magic wasn’t only an illusion. Where a man made of gears was tied to her ill father. Where houses imprisoned people and dragons sprang from tattoos.
As she traveled between worlds through the glorious gate known as the “Rathe”, fighting rare creatures, and a witch, Meredith held fast to one thing— returning to Manhattan in 1946 to save her father.

And if that included completing three dangerous, impossible tasks in private—while dealing with angels and witches in public, and breaking the curse laid upon Icarus Bell—then that’s what she would do.

Because though Meredith has no magic of her own, her determination was the only thing that could save her father, Icarus, and three worlds… 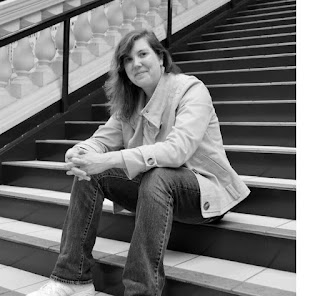 K.L. Horvath is the author of The Undays of Aralias Lyons and The Rathemaker Magician. A fantasy author, whose books are filled with a sense of wonderment, magical realism and a good dash of humor. Born in a small town in Ohio where corn grew like wildfire and horses were her neighbors she developed a deep love of nature and art. K.L. Horvath’s writing style entails vivid descriptions and lush imagery. She is happily married and lives with her two ridiculously adorable cats while writing about the strange twists of thought that lead her to marvel at the world and inspire her next adventures.

Posted by Cindy Gilleland at 3:44 AM