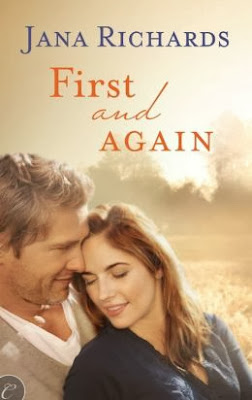 Bridget Grant is back in Paradise. Paradise, North Dakota, that is.

She's swallowed her pride and moved back to her hometown with her daughter after her divorce and the loss of her catering company. Now she's trying to navigate the strained relationships she'd left behind—including her first love, Jack Davison.

Jack never forgot Bridget, or the day she left town—and him. When Bridget caters a lunch at Jack's tourist ranch, old flames reignite. They have more in common than ever—Jack's also a single parent. Though they both try to keep things casual, Bridget, Jack and their girls are starting to look a lot like a family.

But Bridget's only planning to stay in Paradise until she's saved enough to relaunch her business. Jack's invested too much in his ranch to leave. And with their daughters involved, both have a lot more at stake than heartbreak. How can they risk falling in love? 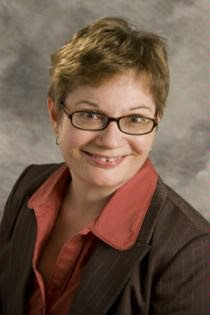 When Jana Richards read her first romance novel, she immediately knew two things: she had to commit the stories running through her head to paper, and they had to end with a happily ever after. She also knew she’d found what she was meant to do. Since then she’s never met a romance genre she didn’t like. She writes contemporary romance, romantic suspense, and historical romance set in World War Two, in lengths ranging from short story to full length novel. Just for fun, she throws in generous helpings of humor, and the occasional dash of the paranormal. Her paranormal romantic suspense “Seeing Things” was a 2008 EPPIE finalist.

In her life away from writing, Jana is an accountant/admin assistant, a mother to two grown daughters, and a wife to her husband Warren. She enjoys golf, yoga, movies, concerts, travel and reading, not necessarily in that order. She and her husband live in Winnipeg with their Pug/Terrier cross Lou and several unnamed goldfish. She loves to hear from readers and can be reached through her website at www.janarichards.com

“Going for a walk?” he asked.
“Something like that.”
“Need a ride back to the motel?”
“No thanks. I don’t accept rides from people who laugh at me.”

“I have a punching bag,” he said, his eyes on the road ahead.
“Excuse me?” she said, confused. Had she missed part of this conversation?
“When I can’t get things or people to do what I want them to do, or when I’m just plain pissed off, I go down into my basement and beat the hell out of Bozo the Clown.”

She stared at his profile. “Bozo the Clown?”
“I have an old Bozo punching bag, you know, one of those toys that’s weighted on the bottom so it keeps popping back up. Bozo takes a licking and keeps coming back for more.”

I received this book in exchange for an honest review.

This story is of love, laughter, heartache, betrayal and a new start. This story is about learning from your mistakes. Bridget is a single mother after a divorce and failed business. She moves back home and works in her mom's bar and motel instead of being the chef she is trained to be.  Then you have Jack who also is a single dad and owns a ranch and is suddenly in need of a cook for an event.  Jack asks Bridget to be the cook for the event. Over time they become friends and as time goes on the attraction between them grows.  Will they let the past go and open their hearts to each other? Or will they realize their friendship is more important and just go back to being friends?  You will have to read it to find out. This is a great story and it pulls you in as if you are in each scene.  I hated for it to end.

Posted by Cindy Gilleland at 12:30 AM