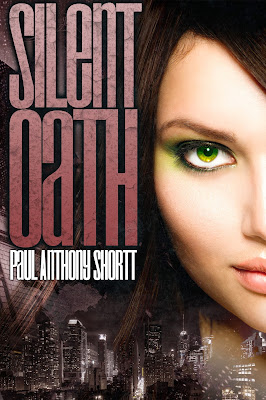 Silent Oath
Locked Within Trilogy
Book Two
Paul Anthony Shortt
Genre: Urban Fantasy
Publisher: WiDo Publishing
Date of Publication: October 8th, 2013
ISBN: 978-1937178369
Number of pages: 300
Word Count: 80,000
Cover Artist: Steven Novak
Amazon Buy Link
Book Description:
Hope has returned to New York City. Nathan Shepherd leads a small band of dedicated fighters against the Council of Chains and the city's supernatural masters. But it's not enough. Because from the shadows of Nathan's former lives comes an old enemy, one who knows terrible secrets that Nathan has not yet remembered, secrets that could undo everything he has fought for.
Nathan's only chance to uncover the memories of his previous existence, and to conquer these new forces of evil, lies in Elena DeSantis. A woman he has fought beside in past lifetimes. A woman he has loved.
Together, Nathan and Elena are the only future the city has.