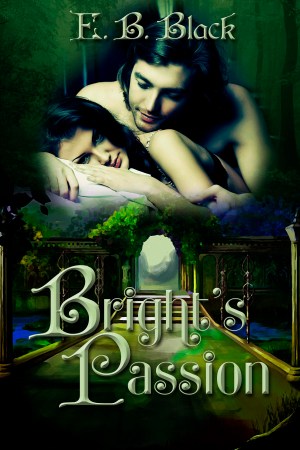 Title: Bright’s Passion
Author: E.B. Black
Genre: Fantasy Romance
Bright wishes he wasn’t the god of the suns.
Every day is the same: he makes the suns rise and then they set. He looks down at humanity’s corruption. He watches wars, people starving, and thieves stealing.
He can’t help. Every time he tries, the humans take something from him. They’ve destroyed his family and he has no doubt that they’d like to destroy him, too.
Adonya is a raven-haired witch with powers that make her as close to a goddess as a human can be. He’s wondered what it was like to be with a woman, but all the goddesses are dead.
He can feel it when he touches her–she’s as dangerous as all the rest of the humans. Can the power of love join their races together? Or will one of them wind up dead in the end? 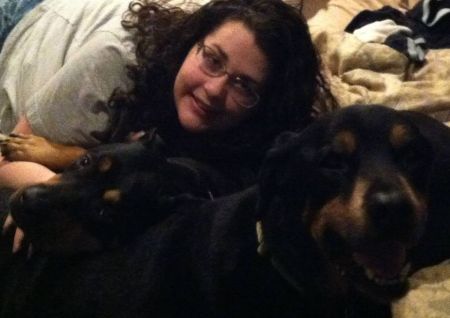 E.B. Black is the annoying author who lives in the head of a nerdy housewife named Elizabeth. Elizabeth tries to live out her days by walking her dog, spending time with her husband, doing housework, and watching television, but E.B. Black makes her drop everything to type out weird fantasy stories. Elizabeth is asking anyone who read this to please send help.