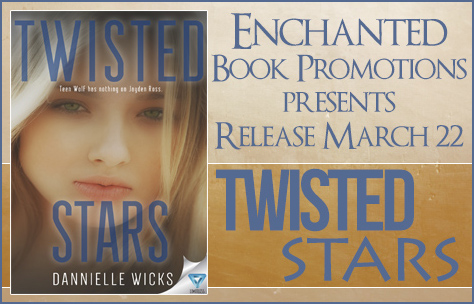 Title: Twisted Stars
Author: Dannielle Wicks
Genre: Young Adult Paranormal
Ashlee Reynolds couldn’t be more ordinary…
While most college freshmen are partying and going on wild adventures, nineteen-year-old Ashlee just goes to classes, works, and hangs out with friends. It’d be nice to have some excitement in her life—or even better, a little romance. When her wish comes true, a midnight rendezvous lands her in the hospital…
There was this boy. Isn’t that how every spiralling downhill story begins? It’s a little strange he wants to meet her on the edge of the woods at night, but she did want to spice things up, and an unconventional date is the perfect ingredient. But when he stands her up, leaving her alone in the dark, she’s attacked by a wild animal. The next day, Ashlee wakes up in the hospital, dazed, confused, and convinced she’s gone crazy.
When strange things begin to happen, she meets Jayden Ross, who brings crazy to a whole new level…
After her seemingly random attack, other beasts of the feline and canine variety are drawn to her—and we’re not talking housecats and lapdogs. When Ashlee bumps into Jayden on campus, her immediate attraction tempts her to get closer, but he wants nothing to do with her—until he realizes she’s had an encounter with one of the others.
Ashlee learns Jayden isn’t entirely human, and nothing is what is seems.
On the run and fighting for their lives, Ashlee and Jayden weave their way through a world of powerful corporations and their secret experiments, all of which revolve around Jayden’s past—and possibly, their future.

Dannielle Wicks is the author of the Hardest Mistakes series (Broken Sunrise, Book 3, coming soon) and the Reaper Mini-Series.
Dannielle lives in Kingaroy, Australia, with her fiance, 3 dogs and a bird named Torak. Since deciding never to become an adult, she has engrossed herself in the amazing world of young adult fiction and an unusual amount of TV. She adores Disney movies and cant get enough of classic fairy tales. When she’s not busy writing, she can be found sneaking a chocolate from the fridge. 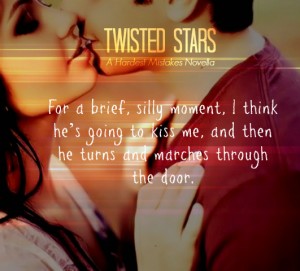 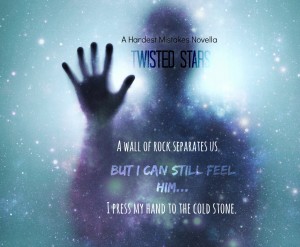 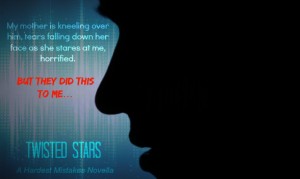