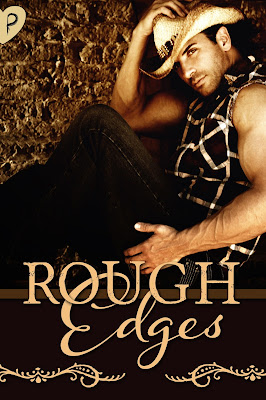 Nothing is sexier than someone who knows what they want and has the confidence go after it. This anthology is crammed full of hot romances featuring those kinds of rough-around-the-edges alpha personalities–stories about the kind of men and women who ride horses during the day and their partners at night, who speak few words but mean every one of them, and who would never break their own personal code of honor. We're talking about cowboys... and cowgirls.

This anthology contains seven romances with a Western theme that run the gamut from sweet to sizzling.

Jump Without Looking by TJ Dodd
Bio:
TJ Dodd is a frequently sweary, occasionally inappropriate former teacher and acknowledged black sheep of her family. She’s okay with that. She shares her home with her pit bull named Piddles, who outgrew the habit but got stuck with the name. She’s made up stories her whole life and thought it might be fun to try to get some of them published. So far it has been.
Story Description:
Jackie has a veterinary practice, her family’s ranch, and a habit of avoiding men. The last thing she needs is a giant, blonde cowboy who tears down her fence and rattles her nerves. Russ has no job, a beat-up old pickup, and a rundown ranch he just inherited. He needs everything except the beautiful, angry neighbor who turns him on and then runs him off. Can one pregnant cow, two horses that love to jump, and three long kisses prove them both wrong?
Excerpt:
Not that his thoughts were angelic. In fact, they’d send him straight in the other direction. Jackie O’Neill was exactly the kind of woman who turned him on: spirited, strong, and sturdy. She was more of that kind of woman than anyone he’d met, so much so that she may have just become his definition of that kind of woman.
He wondered if she felt what he did, something like two magnets pulling them together. He wondered if her skin was as soft as it looked, and if it would dimple between his fingers when he held her thighs and kissed her full round breasts. They wouldn’t bruise each other, that was for damn sure. He’d fit right into her cushioned body.

Sitting next to her was a gift.