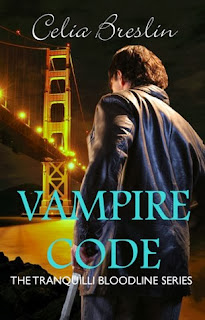 This is a prequel to Haven. These events occur three months before Haven starts

Clothed in darkness and power, Jonas watches Carina from the periphery of her life. With all that he is, he secretly protects his young charge from harm. Only three months remain in the twelve-year prohibition forbidding contact with his little warrior when he fails.

Abducted from her dance club, Carina suffers a vicious attack by a newly-turned vampire. Jonas’s retribution for the lowly spawn’s code violation is swift and brutal, and merely the beginning of his vengeance. Fineas, the uninitiated newling’s maker, has committed the greater offense. And Jonas intends to make him suffer.

I am The Executioner, the slayer, the ruthless hand of justice. Code Breakers beware.

“You touched her.”
Jonas’s sword whistled through the air and sliced off the cowering vampire’s hand in one clean blow. It plopped into the mud. The hatchling howled in agony. Clutching his bleeding arm to his chest, he trembled at Jonas’s feet.
“You kicked her.”
The sword sang down again, lopping off one leg just below the knee. The lifeless limb joined the other in the mud.
The vampire peon passed out.
Jonas shoved his sword into the ground and grabbed the vampire by the hair, holding him aloft with ease. He summoned his power and pushed it into the wounded man, forcing him back to consciousness.
Awakened once again, the vampire screamed, eyes wide with horror.
Jonas bared his fangs. “You bit her.”
He plunged them into the weakling’s neck. He tore a flap of flesh from the front then spat it onto the growing pile of body parts at his feet.
“No more.” With one practiced twist, he wrenched the vampire’s head from his body.
The headless corpse crumpled to the ground. Jonas tossed the head onto the bloody heap, collected his sword and stalked into the night. 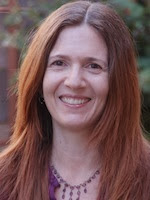 Celia lives in California with her husband, daughter, and two feisty cats. She writes urban fantasy and paranormal romance, and has a particular fondness for vampires and the Fae. When not writing, you’ll find her exercising, reading a good book or indulging her addiction to Joss Whedon’s TV shows and movies.


Jonas jerked his head in the direction of the garden. “Under the eucalyptus trees by the pond. South side of the bridge. Follow the stench.” The cleaner bowed. “Yes, sire. How many of us do you require?” “You. And two jumbo garbage bags should suffice.”

Jonas squeezed the pick’s handle until the wood squeaked in protest. I would have you suffer more, vile minion, for the harm upon my Little Warrior.

This book was given to me for an honest review.
This is a very short novella.  Jonas is the Executioner who is to do everything in his power to protect his “little warrior.”  Especially from other vampires.  It is a great start and I cannot wait to read the rest of his story. I know I would love to have a hot, sexy Executioner to protect me.  This story is a sneak peek into his life. Will he be able to defend her from evil? Or will he fail? Only time will tell. 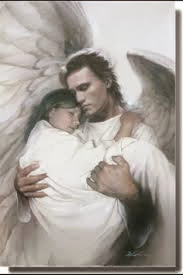