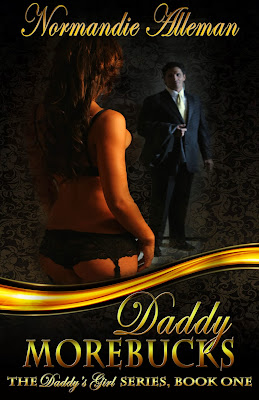 She’ll go from the streets to the penthouse.


From the moment she laid eyes upon him, Marley knew in her heart that James was not just another client, and the difference wasn’t even the large sum of money he offered in return for a single night of submission. No, what set him apart was the fact that when she called James “daddy”, it was her own heart which beat faster and her own body which ached with need.


After that night, Marley does her best to put all thought of him behind her, using the huge payday he provided to get on her feet again and start over… until James knocks on her door and walks right back into her life. He makes her a simple offer: if she will live with him and submit to him whenever he wishes, he will provide for her every desire.


Even before she accepts his offer, though, Marley knows that what she truly wants is not money or clothing or even a fancy new car. What she longs for is a daddy who will give his little girl what she really needs… a daddy who will spank her bare bottom when she is naughty, tie her up and take her any way he pleases, and then cuddle her until she falls asleep in his arms. Can she dare to hope that James will be that daddy?

Now James was keeping her. She was a kept woman. Still a whore. But somehow this was different. This time she wasn’t doing it for the money. She did it for him. She wanted him. More than anything she’d ever wanted in her life.


At that, he breached her defenses, forcing himself into her with a ferocity that took her breath away. She groaned as he rocked her body in his arms, filling her with every thrust.


He lifted her legs onto his shoulders. She wrapped them around his neck, urging him to plunge deeper and deeper into her.


His cock banged against her g-spot, then rammed into her cervix. Each time he hit that sensitive spot, she twitched with a combination of pain and elation. The exquisite combination led to a rush of fluid flooding from her cunt.


What the hell? Did she just pee herself? Heat rose in her face. She was glad it was dark.


He cupped the base of her head with his hand and kissed her. “You are such a good girl, Marley. I love when you squirt all over my dick.”


His praise made her forget her embarrassment, and she surrendered to the sensation. He plowed into her at a rapid pace, and her orgasms took control. Wave after wave of bliss fluttered through her, encompassing her whole being.


With a gurgle in his throat, he pushed into her one last time, then stilled. His seed warmed her insides and seeped out onto her legs. Who knew it would be so satisfying to have a man come inside you?


Wrapping her arms around his neck, she nuzzled him. “Thank you, Daddy.” And she meant it.


He withdrew and fell onto the bed next to her. “You’re welcome, baby.”


Her pussy clenched at his absence. She wished he could stay inside her. It felt so right. She wasn’t able to get enough of him.


He held her for a few minutes, then gave her a peck on the forehead. “Goodnight, Marley.” With that, he left her room, closing the door behind him.


Tears formed in her eyes. Why had he gone and left her all alone again? She craved his arms around her shoulders, his voice whispering huskily in her ear.


You are still just a whore to him. Salty tears leaked from her eyes onto the cushy down pillow.


Her practical side resurfaced. Be grateful for what you have, Marley. You hit the jackpot with this arrangement. Be happy, she chided herself.


The pep talk didn’t help. She was falling in love with him.

A former psychologist, Normandie has always been fascinated by human behavior. She loves writing quirky characters that are all too human. “I’m interested in the kind of relationships people have in real life. So I write about my characters’ messy, unpredictable, and inexplicable journeys to love.”


If there were another 5 hours in the day, Normandie would spend more time needle-pointing and playing with photography. Instead, she’s a Pinterest and Twitter addict who loves sports and the color pink. She lives on a farm with her husband, a passel of children, and a pet pig who’s crazy for red bull. 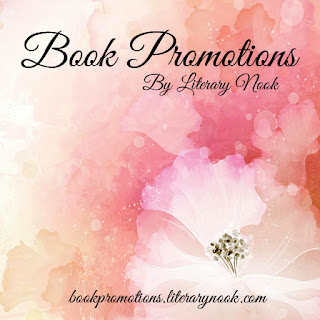