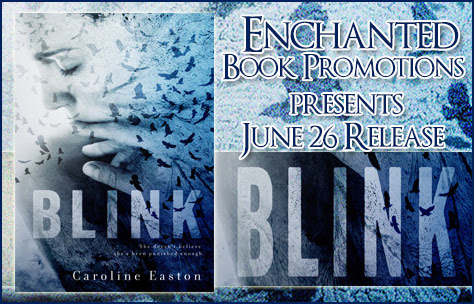 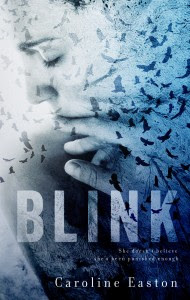 Title: Blink
Author: Caroline Easton
Genre: Contemporary Romance
Flynn Sullivan hasn’t had the easiest of lives, with his father absent and the death of his mother, he is desperate to give his younger brother the life he deserves. Flynn finds himself on the wrong side of the law and he knows he could lose everything in the blink of an eye, as he stands before the court awaiting his fate.
Harper Lawrence has been a major contender in the IndyCar circuit since the day she got behind the wheel of her very first car. Her life is turned on its axis after a tragic accident, leaving her locked inside her own body, all but switched off to the outside world.
When Flynn and Harper’s world’s collide the sparks begin to fly, but each one holds a secret they don’t want to share.
Flynn knows he needs to save the girl who’s stolen his heart, the problem is, Harper doesn’t believe she deserves to be saved. She doesn’t believe she’s been punished enough.

Caroline Easton lives in Leeds, West Yorkshire, with her husband and two of her three children. The eldest having flown the nest. She first began writing in 2012, and her first novel, Dancing in the Rain, was published in 2013. Other novels include Taking a Risk and Worth the Risk, both of which are rock star romances.
You can follow her on twitter, @carolinelou70 or check out her website, http://carolineeaston.wix.com/author to keep up with her ramblings and general life events.
Facts about Caroline

Win a $25 Amazon gift card during the release for BLINK.
a Rafflecopter giveaway