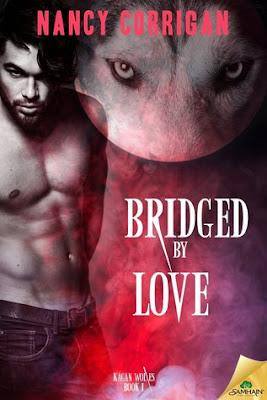 From the moment he was born, Nic Kagan’s future was sealed. He’ll accept a mate, have kids, and eventually take over his father’s role as pack alpha. There’s just one problem.

Long ago, his heart settled on Riley, the pack’s human doctor and honorary member. Except only half of him can have her. The other half—his wolf—won’t give a weak non-shifter female a second sniff.

No one—human or shifter—has left a mark on Riley’s soul like Nic. But with his father hospitalized, any hope things could work out between them is slipping away. Yet Riley understands something else about pack life. Power isn’t always a physical gift; love is just as strong. What she and Nic have is worth fighting for.

With rival threats mounting, Nic realizes he can’t simply turn his back on Riley. Though his wolf could tear his heart out for it, he must fight for what he wants before he loses his mate. His pack. Maybe even his sanity.

Warning: Contains a reluctant alpha with only one roadblock between his heart and the woman he loves—biology. And a woman who isn’t giving up on him, even if it means risking her life to fool Mother Nature.

About this author
A true romantic at heart, Nancy Corrigan is convinced there’s a knight in shining armor for every woman (or man), but you won’t find damsels in distress in her stories. She adores pairing alpha heroes with women strong enough to match them and bring them to their knees. She also enjoys flipping the traditional roles in romances because her motto is—love and people should never be forced to conform to anyone’s norm.
She holds a degree in chemistry and has worked in research but now focuses on ensuring quality. She considers it the perfect outlet for her as she’s the first to admit she has some OCD tendencies. It carries over into her writing life too. While engrossed in a novel, she has a habit of forgetting to eat and sleep. Fortunately, she’s married to her own knight in shining armor who understands her oddities and loves her anyway. They reside in Pennsylvania with their three children, dog, snake and guinea pigs. Her other interests include tattoos, animals, classic cars and all things spooky and sexy.

“Enough.” She closed the distance between them. “Save your bullshit for someone who cares. I don’t any longer. I’ve moved on.”
He dropped his forehead to hers and wrapped his arms around her middle. “You see why nobody can know? Unless I’m with you twenty-four-seven, you’ll die because I was foolish enough to fall in love with an angel.”
He cleared his throat. “If you’d planned to stay, I would’ve, so we could take extra precautions.”    “Because you’d still be tempted to fuck me, even after you took a shifter mate, right?” He nodded, and she snorted. “So what? I’d be your mistress? Your damn whore? Is that what you’re telling me?”
Hannah stood on her tiptoes. “Yes, dear brother, explain your reasoning to me, because then I’ll tell you what I really think of the Kagan pack’s next alpha.”    He tensed. She’d led him into a trap, and the challenge she dropped on him was one he couldn’t ignore. “Fine, little sister, here it is—my wolf doesn’t want Riley. We can’t fill her with life. On top of that, he views her as worthless. She’s simply a member of the pack it needs to protect.”

Riley and Nic have known each other since they were kids. And Riley has known since they were little that she was his mate and would always love him no matter what even if they can never be together. Nic left her and his family and broke her heart because she is human.
Nic knows that when his father dies he will be the one to be Alpha of his back and cannot have the one women that owns his heart and loves beyond life itself but because he will be Alpha of the pack he must take a mate that can give him a child and because Riley is human and cannot give him what he needs he must stay away from her once he returns.  Now that his father is hospitalized he returns and must face Riley.  He must now decide what is more important his love for the only women he has ever wanted or the pack.  Will the ones who want to challenge him take from him what he wants? Will Riley survive Nic mating another pack member?  Will they lose each other forever? Or will fate go their way?

This book was given to me in exchange for an honest review.
I have always enjoyed Nancy’s books and this one was no exception.  The story started off with a bang and ended the same way.  Throughout the story, you want to cheer for Riley and knock some sense into Nic.  The characters are well developed and the story had side characters that lead you to believe that they will have a story too.  There seem to be more hot sexy pack members hopefully we will get to know in future stories.
I look forward to the rest of the series. 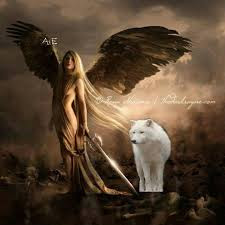