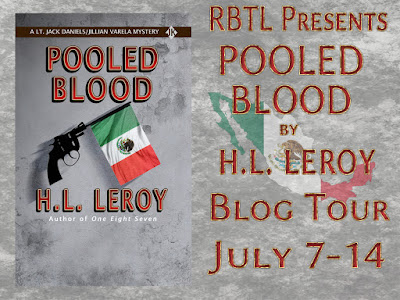 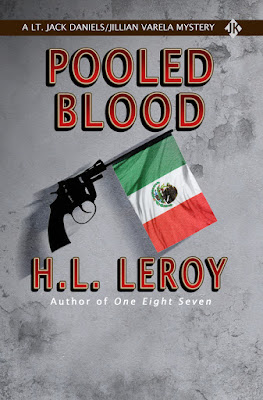 Title: Pooled Blood
Author: H.L. LeRoy
Series: A LT. Jack Daniels/Jillian Varela Mystery (A loosely tied together series. But any of the stories can be read as a standalone.)
Genre: Thriller/Mystery
Publisher: Kindle Worlds
Release Date: May 3, 2015
Edition/Formats Available In: eBook
Blurb/Synopsis:
After barely surviving the horror of the Parkside Strangler, Lieutenant Jacqueline "Jack" Daniels and her friend, P.I. Jillian Varela, decide to head to Cancun for a little well-deserved R&R.
But instead of a relaxing two weeks at a five star, luxury resort, a grisly death lands at their feet, and a young girl is arrested.
It should be simple, but in Mexico, you are guilty until proven innocent. And if the Policia Federal find out what Jack and Jillian are up to, they'll be spending a long time in less than luxury accommodations.
Book Links
Amazon

Excerpt
I sat in the chair and the girl tilted it back. What a treat. I hadn’t had my hair washed by someone else in years. It might even have been my prom, when Mom paid.
"Close your eyes. You don’t want to get soap in them."
I shut my eyes. Then I settled into the chair and relaxed.
The music in the background was some kind of classical piano thing. Not normally my cup of tea, but it was relaxing, and I felt myself start to drift off.
The woman’s fingers moved through my hair while she ran warm water over my scalp. With the spray prickling my skin, she squeezed cool shampoo and stroked it into my hair. I could feel my breathing slow and I started to drift away.
"Hi," I heard her say.
I didn’t hear a response, but she stopped massaging my scalp for a moment.
After a few seconds, she started again.
"Mmmmm. Relaxing."
I started to shift my position, and she pushed my head back and began to rinse the shampoo out of my hair. After a moment, her hands squeegeed the water off the sides of my head, settling on my throat.
"That felt goo—"
She clamped down on my windpipe shutting off my air.
My eyes flew open. Standing there wasn’t the girl but a man I didn’t recognize.
I kicked and bucked in the chair as he continued to tighten his grip
I pulled a hand free and jammed my thumb in his eye and gouged. He yelped and slapped a hand over his damaged eye. Rolling out of the chair, I hit the linoleum floor and sprinted toward the door. He grabbed me from behind and spun me into the counter. As he bent me back, I kneed him between the legs.
"Ahggh." His sour breath hit me in the face.
I clawed through the combs and brushes behind me on the counter looking for something, anything to defend myself. My fingers scraped across the handle of a pair of scissors. I kneed him again, and as he bent over I jammed the scissors in his arm. Jerking loose, I ran to the door and out to the street. Shit! My purse was still in the salon, but I had some money in my pocket and flagged down a cab.
I had him drop me at our hotel and called the police from the bell desk. I tried calling Jillian but she didn't answer.
It only took Garza a couple of minutes to get there.
After I explained what happened, he escorted me back to the salon.
"This is the place."
A short, stocky woman with black hair shot with gray and brilliant red lipstick stood behind a cash register.
I looked around. Two older women working on two even older women. No girl. No broken glass on the floor.
"Do you speak English?"
"Si, yes."
"Where is the young girl?"
"Who?"
"The thin girl with the short hair."
"No one like that works here."
"She was here not more than an hour ago. I even left my purse here." I ran to the back of the salon to the row of sinks. "Here. This sink."
There was no purse, and my jacket was gone from the coat rack.
"We opened at nine. But I didn't see you."
"I didn't see you either."
She shrugged.
"Are you sure this is the place?" Garza asked. "There are many hair salons."
Garza didn't believe me.
"Just take me back to the hotel," I said.
Now I had another problem. No purse meant no money, no credit cards and . . . worse, no passport or other identification. 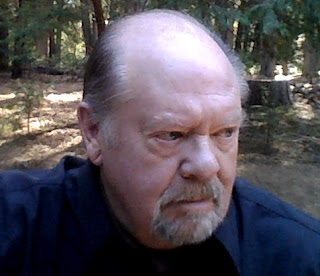