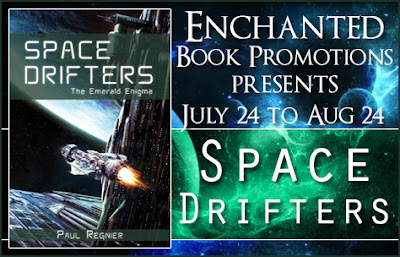 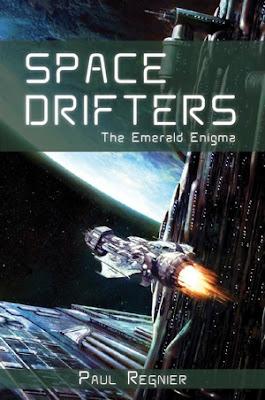 About The Book
Title: Space Drifters
Author: Paul Regnier
Genre: Science Fiction
Captain Starcrost is not having the carefree, adventurous life of a star pilot promised in all the space academy brochures. He's broke, his star freighter is in dire need of repair, and there's a bounty on his head. His desperation has led to a foolhardy quest to find a fabled treasure that brings good fortune to the wearer, the Emerald Enigma.

Every captain needs a trusty starship and a crack team of crew members by their side. Unfortunately, the bitter pill of reality has brought him Iris, a ship computer with passive aggressive resistance to his commands; Blix, a hulking, copper-scaled, lizard man with an aversion to battle; Nelvan, a time-traveling teen from the past, oblivious to this new future; and Jasette, a beautiful but deadly bounty hunter looking to take over the ship.

Enter a charismatic and clever nemesis named Hamilton Von Drone, whose dark past has already intertwined with our misfortunate captain and left a painful scar. To complicate matters, as every good nemesis must by their evil nature do, Hamilton is employing his vast wealth on the very same quest for the Emerald Enigma. 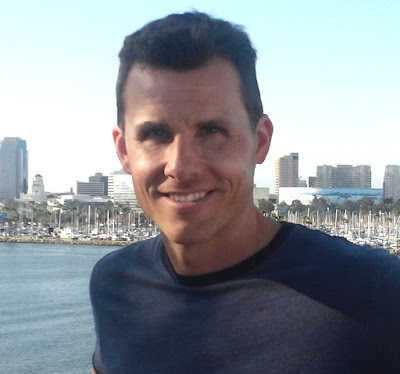 Paul Regnier is a technology junkie and web designer with a fascination for all things futuristic. He has turned his childhood love of storytelling into a professional pursuit.
Paul lives in Orange County, CA with his wife and two children.

We set off down the port side and stopped a quarter of the way down the hall. Without a word we got to work unfastening the utility panel and hefted it onto the floor. I poked my head into the dark chute and looked up. A narrow passage rose up, with a bright square outline at the end revealing the exit panel to the bridge above.
I reached into the dark chute and felt around blindly until the cold metal rung of the ladder hit my palm. “You ready?”
Blix peered in and wrinkled his nose. “I just showered.”
“Follow me, that’s an order.” I started up the ladder, keeping my eye on the thin square outline of light above. The air was as musty as it comes. I coughed into the arm of my jacket. I vaguely remembered a passage in the starship manual about flushing maintenance vents at every refueling.
The soft metal tones of Blix climbing the ladder rungs echoed from below. I thought about how smart it would have been to come up with a plan of attack before we had entered the chute. Now it was too late. We had to be quiet as mice to maintain the element of surprise. I had a grand vision of leaping through the maintenance panel of the bridge, DEMOTER drawn, and blasting the intruder into oblivion. It was going to be glorious.
I reached the panel and tried to peek through the cracks. Unfortunately it only granted a view of the floor from the base of the navigation chair. I could just make out a pair of black shoes in the center of the room, but it was hard to be sure.
I looked down to send a signal to Blix that I was headed in but it was all murky grey light beneath me. I decided that after I blasted the panel off the wall he’d get the message.
Grasping the top ladder rung with one hand, I drew the DEMOTER with the other. I held it toward the panel and took a deep breath.
This was going to be fun.
I squeezed the trigger and the sharp explosion of an energy ray resonated through the chute with a horribly amplified echo. A spray of hot sparks ricocheted back at me as the panel flew into the bridge in a trail of smoke.
A dull ringing filled my ears. I rubbed my face against the shoulder of my jacket, trying to remove the painful sparks, as a burning smell filled my nostrils. It was entirely possible my hair was on fire. This was not at all going as I imagined.