The Hierarchy of Needs By Grace Allen 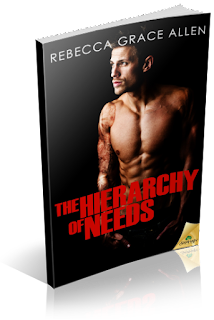 Jamie Matthews is stuck in a rut. After hitting a wall with her dream career, she’s back in her hometown, living a life as monotonous as swimming laps in the neighborhood pool.
Being surrounded by her perfect brothers is a painful reminder of her failure to launch. The last bonfire of the summer is an ideal way to let off steam, especially when she runs into Dean Trescott, the playboy friend she had one hot-as-hell night with back in high school.
Since the day Dean met Jamie, he’s loved her beauty, talent, and smile that lit up the whole damn block. But dating isn’t an option. She has a bright future ahead of her, and he refuses to chain her to his—helping run the family business that’s barely staying afloat.
A “what-happens-in-Vegas” weekend was supposed to get their craving for each other out of their systems. But neither counted on the past repeating itself, drawing them together in even hotter and dirtier ways and dangling the possibility they might both be able to get exactly what they need…
Warning: A friends-to-lovers twice over story that contains some hot ’n’ heavy kissing in the waves, hair pulling, and a man who knows how to use his hands. It may also feature a few practical jokes—only the fun kind, of course.

EXCERPT
“I’m thinking maybe you were right.”
“About?”
“About us.”
Dean made a sound that was a mixture of a laugh and a cough. “Okay. What was I right about?”
Jamie took a breath. “One night.”
His eyebrows skyrocketed toward the tendrils of hair hanging down out of his hood.
“One night…”
She gave him a look, a pursing of her lips that said stop playing around. “Six years of
sexual tension. I think it’s time we did something about it, or it’s going to drive us both nuts.”
Some of that anger melted off his face, the hint of a smile returning. He shoved his
hood back and rubbed a palm over the back of his head. He’d gotten a haircut, something
she’d missed before when she was too busy drooling over his body. The sides had been shorn to a soft buzz-cut she wanted to touch, to feel the baby-soft bristles on her fingertips.
His voice was low when he finally replied, “Is that what you want?”
Brilliant green eyes were trained on her, intense and sharp and overwhelming. The skin on Jamie’s neck tingled with awareness.
Time to ante up.
“Yes,” she said. “But just a night. To get it out of our systems.”
Dean chuckled. “You think one night would get me out of your system?” He folded his arms again and smirked, his grin wolfish. “It would take a lot more than that, honey.”
He was being the legendary Dean Trescott now, seductive powers out in full force.
Jamie pushed past it, wanting to see her friend behind the pretty packaging.
The very pretty packaging. Guh.
“Yeah, yeah. You’re great in bed. I know.” She rolled her eyes. Smug bastard. “I’d only
want to do it if I knew it wouldn’t be a problem, like you said, and then go back to normal after.”
It was empowering—finally putting it out there, saying what she wanted, especially with the caveat that she planned to put a stopper in things after she’d gotten it.
Dean stared at her, his gaze quiet and pensive. His sweatshirt was only partially zipped. His chest peeked out from beneath gray cotton. He really was staggeringly handsome. Jamie’s pulse pounded.
“I have to go out of town on Friday,” he said. “New Hampshire. An errand for the business.” He fixed his eyes on her lips, lingering there before trailing back up to her face. Jamie could feel the memory of his mouth on hers, the heat. Her tongue slicked over her top lip. “You could come with me.”
She quirked up a brow. “Yeah?”
“Yeah. There’s a car show out there I wanted to hit. I was going to drag Connor with me, but two nights in a hotel with you could be a lot more fun.”
Desire shot through her like lightning, hot and needy. “A whole weekend, huh?”
He nodded. Slowly. “We get it out of our systems, then come back home and leave it all behind us.”
A grin washed over her face. “What happens in New Hampshire stays in New Hampshire?”
He laughed. The husky sound put Jamie’s entire body on lockdown, her breathing going fast and shallow.
“EXACTLY.” DEAN HOOKED ONE FINGER INTO EACH OF HER BELT LOOPS AND PULLED HER AGAINST HIM. THEIR LOWER BODIES COLLIDED. “TWO DAYS. NOTHING HELD BACK. EVERYTHING WE WANT. JUST FORTY-EIGHT HOURS OF MY HANDS IN YOUR HAIR AND YOU STRIPPED DOWN TO NOTHING. 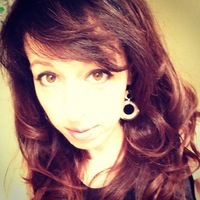 Rebecca Grace holds a Bachelor of Arts in English with a double concentration in Creative Writing and Literary Comparison, as well as a Master of Science degree in Elementary Education, both of which seemed like good ideas at the time. After stumbling through careers in entertainment, publishing, law and teaching, she’s returned to her first love: writing. A self-admitted caffeine addict and gym rat, she currently lives in upstate New York with her husband, two parakeets, and a cat with a very unusual foot fetish.

Posted by Cindy Gilleland at 5:30 AM