The Knight of Ambra & The Sergeant of Ambra By Lyn Brittan

The Knight of Ambra

Brant Jacobs is determined not to screw up his first mission as a Knight of Ambra. Sneak in, retrieve the stolen artifact and disappear. Easy...right up until a woman in yoga pants stumbles through the wrong door at the wrong friggin' time. She's too cute and too innocent to be left on her own, but bringing her along might put them in the greatest danger of all.

Michaela Alberto only took the stupid delivery job out of necessity. How the crap she wound up here - between the barrel of a mobster's gun and some super secret government agent - is beyond unfair. Now they're on the run and Brant promises her safety, but what happens to all that when he has her life...and her heart...in his hands?

The Sergeant of Ambra

A pilot, a roughneck and a treasure hunt gone out of control.
Desperate to make her own way in the world, helicopter pilot Glori leaves her beloved Texas to run a sightseeing business in the jungles of Madagascar. It’s never easy, and money’s hard to come by, but she’s safe and on her own… at least until a tough-talking Marine walks into her garage.

Eric Storm loves his position as resident roughneck with the Knights of Ambra. He’s never failed a mission, and now’s not the time to start. The only thing standing between him and the stolen treasure he came for is a thousand miles of jungle and the beautiful woman who stirs up feelings he didn’t know he had. 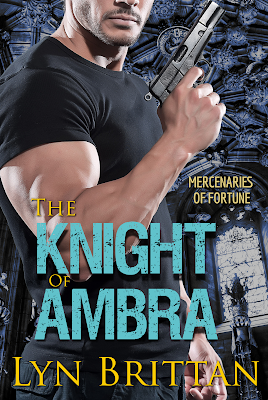 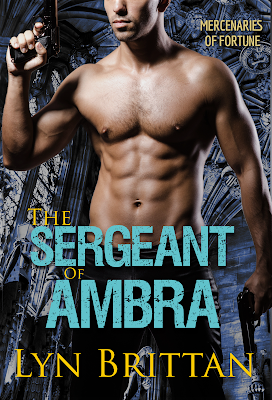 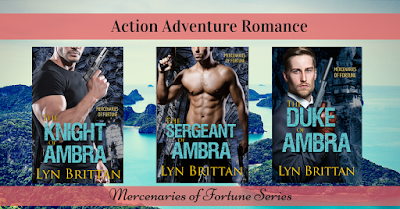 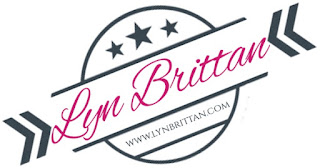 Lyn grew up wanting to live like her heroes, James Bond and Indiana Jones. She wasn't totally successful and never had to shoot her way out of a hotel bedroom. She's still coming to terms with it. Awards and woot-woots include: Amazon Sci-Fi Romance Best Seller, ARe Best Selling Author, 2013 and 2014 SFR Galaxy Award Winner.