The Lord of Shadows Rises 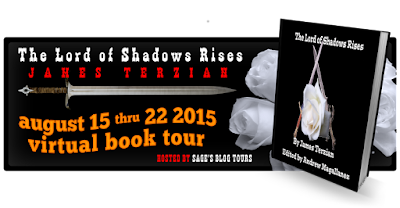 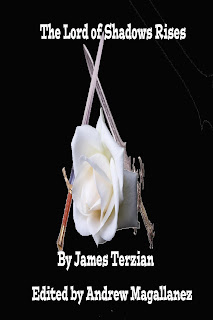 It has been 200 years since the Lord of Shadows was sealed in a horrific battle with the Order of White Rose. Now the year is 1998, a boy with murdered parent's must gather allies to stop the once powerful Lord of Shadows from regaining his full power and breaking the seal. Learning from the Order of the White Rose guardians he must fight or his parents death would be in vain. From Norway to United States of America from China to Korea he must join with the other students and fight

James Terzian is a upcoming Author with learning Disability in writing. Writing a novel to prove to others that having a Disability does not hinder you in anyway.  Born in Ukraine and came to America in 1992 at the age of five, Found his love for writing after graduation and is hoping to share his journey. Graduated with honor roll in High school despite his Disability, he strives to do what he loves, writing. He started to write fanfiction based on his childhood shows. Currently working in the school system in building service, he maintains the building for bright minds to learn and get an education

It had been two hundred years since the battle of Twin Peaks was decided and the warriors of the Order of the White Rose fought a long and grueling battle, losing over half their fighters against the Army of the Lord of Shadows.

The reason for the losses of these brave heroes was due to the evil dictator known as the Lord of Shadows. With his army, he descended upon the Scandinavian countryside to destroy all who stood in his way. Pillaging and selling the vanquished into slavery, he showed no mercy to his victims. He was defeated, however, not by the army, but by one man. That man was the leader of the Order of the White Rose, Master Eirik. He was a monk who had studied the ways of the warrior and mastered Aikido and Stav fighting. He fought the Lord of Shadows near the evil one’s temple.  He was able to seal the Lord of Shadows using the forbidden technique of the Soul Seal, banishing him into an object.

That was Master Eirik’s last battle because he gave his life to seal the evil one. The Lord of Shadows had been imprisoned for two centuries. This left five keys with the five Masters of the White Rose. The Lord of Shadows became imprisoned inside a statue of a Norse god. His power was dispersed among the five keys, and only if those five keys were brought together within the temple would he regain his power. The Guardians were there to make sure that did not happen. To further protect the keys, the Guardians eventually spread out among the world. For generations, the keys had been passed down from master to student.