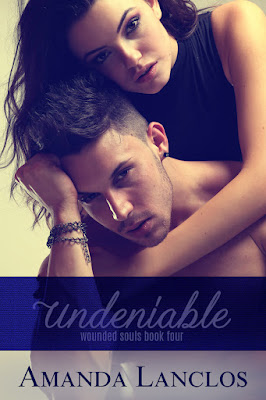 Mason Lockhart has always been the quiet one, the one who never let his emotions show. It was better to be that way when you moved around from foster home to foster home. When he finally found a place he fit in, he was frightened it would all disappear. As if he would awaken from a dream and realize he was still living the nightmare. Until the day that he met Kate Jackson. That’s when he finally felt alive. He finally had a purpose in life, and she was it.

Kate Jackson always had the life she wanted. She married her High school sweetheart, had a child and thought nothing bad would ever come her way. Then the knock every Military wife dreads sends her world into a spiral she can’t seem to escape. After Mason Lockhart comes waltzing in, she learns that life doesn't always turn out the way you expect it to. She tries to avoid Mason and the attraction sizzling between them, but what do you do when what you feel is Undeniable?

We order dinner as well as a margarita and beer for Mason.  Before we realize it we’ve been there for two hours just enjoying each other’s company, as well as the food and drinks.  At first I was worried about all the people we may see coming here, but I soon relaxed enough to not care.  I could feel their eyes on me but it didn’t stop me from enjoying the night with Mason.  I saw some giving approving looks in my direction.  I was almost positive they were just happy to see me living again – to hear me laugh and to not just look like a shell. Once we finished our dinner, he surprised me yet again by getting tickets to ‘The Longest Ride’ instead of Avengers.

“What?  I’m here to make you happy,” was his reply as we shared popcorn and watched the movie in a companionable silence.  After the movie we rode back to the house and I shocked myself with not really wanting him to leave.

“Where are you staying?”

“I have a hotel across town.”

“Oh,” I look out the window, not really having the courage to ask him.

“If you want I’ll come back in the morning and we can go get some breakfast.  Sam told me you happen to love Nutella and banana crepes from IHOP.”

“I’m sure she did.  She tends to be the instigator,” I laugh softly.

“Mase,” I bite my lip as the truck comes to a stop in front of the house.

Holy crap.  Is he really going there?  I watch him as he turns to look at me, the desire in his eyes matching the huskiness of his voice.  Should I do this?

“Would you like to come in?”
“I would, but I shouldn’t.  This would be crossing the friend line.”
I should be glad he is the one being strong here, but my inner child is throwing a freaking tantrum in my head.  I mean full on kicking and punching the floor while screaming not to let him do this tantrum.

“Please stay.” I bite my lip as his eyes search my face for a moment.  It’s been three years since I lost Matt, so I guess it’s time to let go and move on.

He grabs the back of my neck, waiting for me to tell him to stop before his mouth is on my, branding me with a scorching kiss.  I feel it all the way down to the soles of my feet and I know that Mason has ruined me with just a kiss.  Even if this is all I ever get from him, I will never be able to get it out of my head, because Mason Lockhart has left an imprint on my soul.  He pulls away, breathing just as hard as I am.  The child tantrum has been replaced with the inner vixen who is quite pleased with how she has this strong man wheezing as if he has just run a 5K. 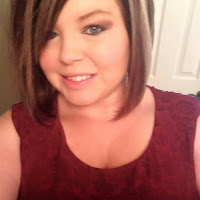 Amanda resides in the lovely state of Louisiana just a short drive from Death Valley aka Baton Rouge. When she isn't head deep into a book she is spending time either blogging, writing, or being a mommy to two beautiful blonde headed blue eyed babies. Amanda never expected to be a writer, but one day that all changed when she saw a picture of a military man with both of his legs taken from an IUD in a war, and that is where her inspiration came for her very first novel Irreparable. With three books already out in the series she is working on the next as well as a Christian Romance about how to overcome grief and blaming yourself. Contact Amanda, because she loves to hear from her readers! 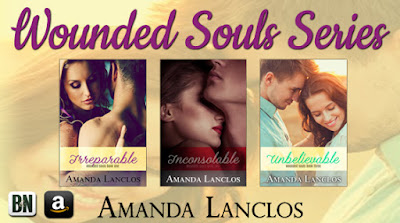 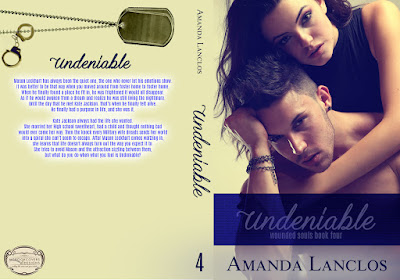