Anniversaries are usually occasions worth celebrating, but when your fourth wedding anniversary is also the first anniversary of your husband’s death, you’ll only want to drink your sorrows away. And that’s exactly what Phoenix Nightingale does.

In the small town of Breckshire Wyoming, everybody knows everybody, so when Evan Tyler walks into the same bar she’s drowning her grief in, Phoenix knows that he’s new in town. What she doesn’t know is that he’s just moved in a few houses down from her and is about to try his hardest to break through the wall she’s had up for a year.

Phoenix has experienced a tragedy that nobody ever wants to experience. In the year following her husband’s death, she’s had what her parent’s considered embarrassing public meltdowns, and lost some friends along with her career. Just as she feels she’s at her very lowest, Evan barges into her life, forcing her to get out of the house and look at life a little differently.

He vows to help her, encouraging her to rise from the ashes and live once again. Evan doesn’t know that just by being in her life, he’s bound to send her into a tailspin, because both of them are keeping things from each other, and Phoenix may not be strong enough to handle what she finds out.

Will she pull him into the dark with her, or will he be able to resurrect Phoenix, freeing her from the depths of her depression, and show her that surviving isn’t the same as living? 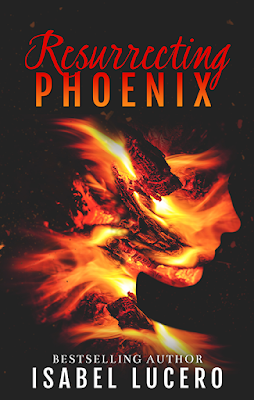 I slide my arm into the crook of his and he walks me to the passenger side of his truck. When he unhooks his arm from mine, he grabs my hand and places a soft kiss on my knuckles. I flush as he opens the door and helps me inside.
I take a deep breath as he walks around and climbs in. “All right, time to explore this little town of yours,” he says as he starts up the truck.
“Hope you aren’t expecting much.”“There’s always a silver lining, Phoenix. And today, even if I find out there’s absolutely nothing that interests me in this town, I have you with me, and you always interest me.”My heart feels like it’s beating at rapid fire speed, but he just gives me one of his signature smiles and drives down the road like he didn’t just say one of the sweetest things I’ve ever had said to me.
He seems perfect, but perfect scares me.
I’m waiting for the bomb to drop. There has to be one, right? Nobody is this perfect. 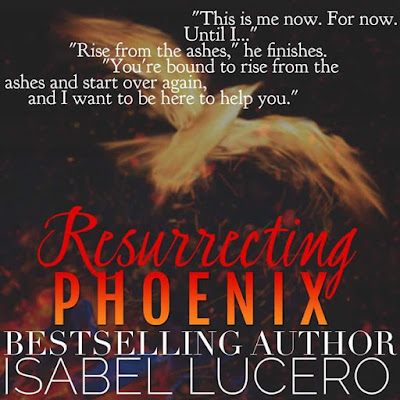 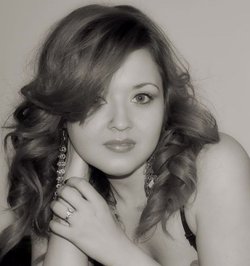 She was born in a small town in New Mexico and was lucky enough to escape and travel the world thanks to her husband's career in the Air Force. She's been married for eleven years to the love of her life and Jr. High School sweetheart. Together they have two of the best and most beautiful kids in the world.

Isabel's love for reading is anything but new, she's been reading since before she was a teenager.