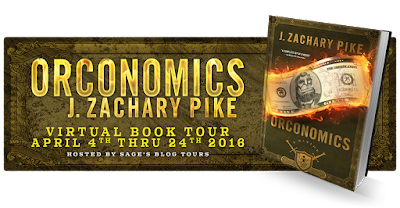 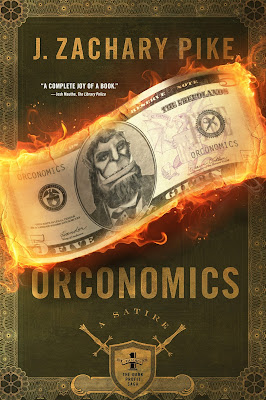 Orconomics: A Satire
By J. Zachary Pike
Genre: Fantasy, Humor
Book Description
High Comedy Meets High Fantasy in a Best Selling Satire
The adventuring industry drives the economy of Arth, a world much like our own but with more magic and fewer vowels. On Arth, professional heroes are hired to slay fantastic creatures with magic weapons. The beasts’ treasure is hauled back to town and divided among investors.
A Fateful Decision
Since his career as a professional hero ended in failure decades ago, Gorm Ingerson’s life has been a cycle of petty crime, heavy drinking and avoiding the Heroes’ Guild. But when the Dwarf helps a Goblin secure its NPC documents, he quickly finds himself in the clutches of the guild’s enforcers.
A Deadly Quest
Guild justice means certain death for Gorm, but his captors present him with an alternative: to join a party of misfit adventurers on a quest to join a feeble priest with delusions of destiny. But the only clear thing about the work of the mad goddess is its danger: nobody has attempted to fulfill her prophecy and survived.
A Roll of the Dice
It will take all of Gorm’s Dwarven resolve to survive political intrigue, fundamentalist lizard men, purse kobolds, healing potion addicts, and worse. Yet even if he succeeds, it may not be enough to protect his party from the dark secret behind their quest. 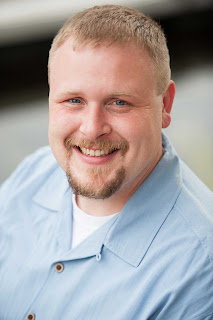 The author is hosting an AWESOME giveaway during his tour:
Win A Kindle Paperwhite with a digital copy of Orconomics: A Satire –
http://www.jzacharypike.com/contest/

5 Reasons to Go from Paranormal Romance to Financial Fantasy

I have to be honest: I was uncertain about showcasing Orconomics: A Satire on a blog geared towards paranormal romance at first. The only way my writing will get you hot is if you read it in a sauna, so I initially wondered why fans of sultry vampires, bodybuilder werewolves, and other libidinous undead would want to start reading about mega-corporations run by Dwarves or Elven talent agents representing professional heroes.

But as I thought about it, I realized there are plenty of good reasons why a fan of paranormal romance might be interested in financial fantasy. (Specifically, there are five of them.)

1.    You know fantasy is a great way to spice things up. Danielle Steele may not be your thing, but take a steamy romance wrapped in a story about magic and super powers, and it gets way more interesting. Likewise, you may not be terribly interested in the web of corporate greed and complex finances that led to the global recession, but rest assured that exploring it through an epic fantasy story is completely different and much more compelling.
2.    You know you like unique twists on established fantasy tropes. Vampires, ghosts, demons, and many of the other most common archetypes found in paranormal romance have been around for a long time. It’s the new twist on them that makes them interesting and fun. The same goes for the Elven talent agents and Gnomish accountants of financial fantasy.
3.    You connect emotionally with magical characters. You’ve loved zombies, yearned for a fae, lusted after werewolves, and cheered for young protagonists just discovering their true powers. So it’s likely you can root for a Goblin trapped by an economy that’s designed to work against him, or feel the pathos of a healing-potion addict unable to stop cutting herself, or cheer with a Dwarf rediscovering the joy of being a professional hero.
4.    You’re in the mood for something funny. You love a good romance, but sometimes, you just want to have a good laugh. A witty satire can fit the bill, especially if it makes light of something you’ve experienced—and most of us have experienced economic issues in one way or another over the past few years.
5.    You love a good story. As a reader, what you’re really looking for is a good story. We all have our favorite genres, but I can say from experience that some of the most rewarding reading comes when you jump outside your typical material and give something fresh a try.

In the end, I think paranormal romance and financial fantasy have more in common than you’d think. In my many years as a fantasy enthusiast, I’ve found the community to have some of the broadest and most diverse tastes on earth. It may be time to broaden yours even more.

Have I convinced you that your next read should be a financial fantasy? There’s never been an easier time to try it out, because right now you can win one of several free copies of Orconomics—including a digital copy on a Kindle Paperwhite. You can enter to win on my contest page.