The Last War By Alex Davis 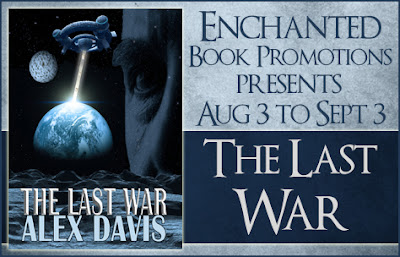 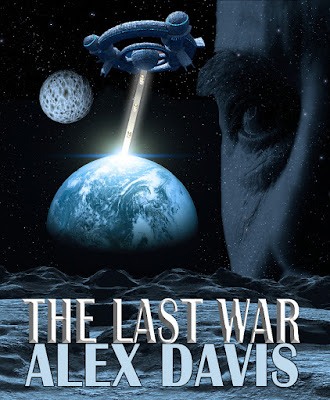 Born from the genius of the Animex, the aliens of the Noukari seek to gain a foothold on a savage planet. But the greatest danger to their existence lies within them – a powerful gift of telepathy.
As the tension grows between idolatry and admiration of their creators, and the Noukari come to understand the latent powers within their own minds, a species created for peace are about to succumb to brutal violence.

In a galaxy torn by conflict, will the first battle between the Noukari also be their last war?

"The Last War is a remarkable study of reason and faith, morality and practicality, pragmatism and idealism. With sharp, unfussy prose, Alex Davis draws the reader into an endearing nascent civilisation, and then takes it apart before our eyes. Unpredictable, challenging and rewarding." Gav Thorpe, New York Times Bestselling author of Angels of Darkness Deliverance Lost.

Author Bio
Alex Davis is an author, editor, publisher, creative writing tutor and events organiser based in Derby. His debut novel, THE LAST WAR, is out in July from Tickety Boo Press and is the first in a science-fiction trilogy following the aliens of the Noukari. He is co-ordinator for Derby's annual Edge-Lit event – running this year on the 11th July – and also part of the management committee for this year's Derby Book Festival. He also runs Boo Books, Derby's independent press, aiming to promote regional talent along internationally known authors. Their latest release is The Electric, available in paperback for the first time. For more information, visit http://boobooks.net/

Within hours, the clearing is witness to a scene unlike any in the short history of Genem. Larders have been emptied, and food lies on crude tables where both men and women eat greedily. None think about the next sunup. They eat as they have never eaten, gorging until their stomachs grow bloated. In one corner an unseen man has overstuffed himself more than any other, and vomits loudly into a stand of trees. Some of the food lies on the floor, trodden upon by bare feet, but still is devoured by hungry hands and mouths. 'Let us eat! Eat like we shall never eat again!' a high-pitched voice cries, and instantly the feeding frenzy intensifies.

But feasting is not the only act of pleasure evident around the temple. To one side a dancing circle has broken out, three women playing their simplest of drums with a fervour that sucks the crowd into a hypnotic rhythm. None of the Noukari have ever danced before, and the movements are jerky, often arrhythmic. Some find the beat to the music, other simply fling limbs and heads around with abandon, not caring what the music is but for the fact that there is music. The result is a swirling mass of bodies, some pressing against each other, others seeking isolation, their own space to explore the movement of their bodies. Each is lost in a new world, a world of sound and ecstasy.

Apius watches the dancers from the sidelines, choosing not to join them. He knows that he is the originator of this ceremony, but must not partake of it himself. No – a Re'Nuck must not debase himself like this. He has a duty to his followers. They must know this pleasure, they must find it at the heart of them to forget duty and endless work. This is significant, he knows, and he must take in every aspect of the sights before him without losing himself.

At the outer edge of the clearing there is a small clutch of men, only four or five, but what they do is so extraordinary that he cannot help but watch.

The Re'Nuck moves in more closely, and the offence and defence pauses for a moment. But Apius just nods and bids them to continue. None of them question further, and the slowest to respond to the Re'Nuck's command find their faces crushed with clenched fists.

Fighting, Apius thinks to himself. What an unlikely outcome. Only in this moment, freed of all their rules and strictures, have they seen fit to fight. He would not even recognise it had he not heard and seen the creatures of the forest doing the very same thing, from the small and clumsy Echen through to the vicious duels of the Hiyel. It seems to be the way of nature, he reflects, the way of all life. Perhaps there is even something unnatural in the fact they have never fought.